A Just Transition in Appalachia: Lessons from Philanthropy 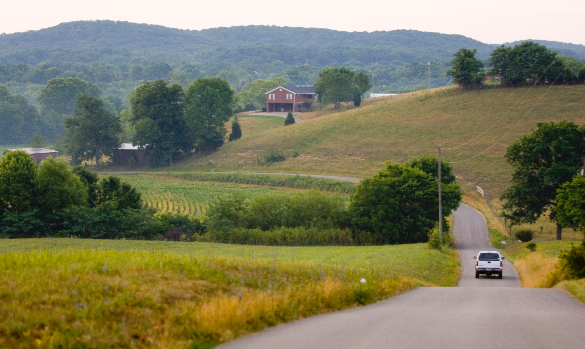 I’ve had the privilege to work with leaders on the frontlines of Appalachian transition for more than a decade through my role with the Mary Reynolds Babcock Foundation and the Just Transition Fund (JTF). I’ve seen the work evolve from powerful, prophetic voices outside the mainstream, to organized, collaborative, and aligned  work across sectors and geographies. While philanthropy has played a supporting role in the emergence of a powerful narrative—and a more unified approach to a just transition in the region—there are important lessons from my experience that may be relevant to other coal communities across the country and their philanthropic partners.

"I’ve seen the work evolve from powerful, prophetic voices outside the mainstream, to organized, collaborative, and aligned  work across sectors and geographies."

Thoughtful, strategic transition work was happening in Appalachia before philanthropy became invested. In fact, it was a meeting of some of the leading practitioners of economic transition work through the Central Appalachian Network that sowed the seeds of the Appalachia Funders Network (AFN), a network to convene and connect funders for learning, analysis, and collaboration.AFN has played an important role in taking the conversation mainstream and engaging a broader set of partners, informed by a common analysis and aligned for collective impact.

Four guiding principles stand out as critical to building capacity, commitment, and power for a just transition in the region:

National organizations—no matter how well meaning—simply cannot lead transition work. Thankfully, many in philanthropy are learning to trust and support grassroots leaders and organizations that have deep relationships in the region and an understanding of language and culture. I’m using “just transition” language for this blog post because it resonates for my colleagues in philanthropy, but I don’t often hear the term used in more conservative Appalachian communities.  AFN has been careful to include nonprofit and practitioner partners in meetings and working groups to be sure our analysis and strategies are based on the wisdom from people directly affected by the changing energy economy. JTF believes in the importance and sustainability of community-driven, bottom-up efforts, and the Fund works to drive investment directly into coal communities, both in Appalachia and across the country.

It’s fair to say the first meeting in 2010 of what would become AFN included unconventional stakeholders. We were intentional about including private philanthropy and public funding agencies, as well as community foundations (often with coal executives on their boards) and national foundations focused on social and environmental justice. We heard from organizers, community development practitioners, and policy advocates, each of whom brought different perspectives about problems and solutions. While it’s been a challenge to keep these partners at the table (see next principle), I’d like to think that the relationships among these disparate groups helped lead to a shift from profound distrust to a shared focus on building a new economy that works for all. AFN laid the groundwork and built powerful, cross-sector partnerships, which allowed the region to respond collaboratively when the federal POWER program was launched in 2015. JTF helped augment this collaboration and awarded grants that helped leverage more than $17M in POWER funds since the program started.

The adage you have to go slow to go fast was fitting for AFN as we tried to knit together the diverse perspectives of our funder members and build a “big tent,” which included diverse practitioners working on the ground. Over time, we became clear about our core values while working toward a common analysis and vision for Appalachian transition. We spent half of each two-day meeting during the first several years developing a common framework. The process required thoughtful design and skilled facilitation.  The group continues to adapt and iterate on the framework. Our core values hold us accountable to each other and stretch us to find common ground.

One of AFN’s initial goals was to increase collaboration among funders. We quickly learned that strategic alignment was more achievable. Given the diverse missions and resources of various funders, we learned to align and layer our resources for greater impact.  Our shared analysis and deeper relationships led to co-funding and finally to collaboration. The Appalachian Transition Fellowship, which matches emerging leaders with host organizations to advance economic and social change in the region, and the emergent Impact Appalachia, a vehicle to develop the regional impact investing ecosystem, are two examples of collaborative projects that resulted from AFN relationships. The Just Transition Fund, which benefited from AFN’s partnership, has allowed JTF partners from across the country to learn from Appalachia, while increasing national foundations’ investment in a region that might otherwise have been overlooked.

‍The Just Transition Fund has brought national philanthropic resources and focus to the challenge of coal community transition. We bring together transition leaders from across the country to learn from each other and other experts to advance the field. In Appalachia, we’re building on a decade or more of work, led by frontline communities and supported by cross-sector partnerships aligned around values and a vision for a just, equitable and sustainable transition. JTF believes that these lessons from the region hit first and hardest by the energy transition can inform other coal communities and the broader field of philanthropy.

Sandra Mikush is a consultant and co-founder of the Just Transition Fund. Until early 2017, Sandra served as deputy director of the Mary Reynolds Babcock Foundation.