In Support of a Bright, Clean Energy Future in Western NY 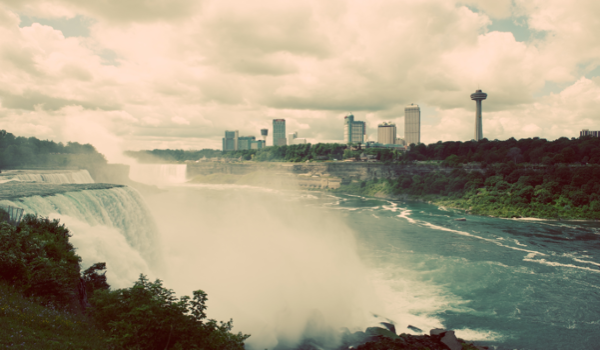 Early this morning—on a typically cold and bleak winter day in Western New York—Just Transition Fund grantee Clean Air Coalition partnered with workers at the Tesla Gigafactory in Buffalo to launch an organizing drive. The goal? To help ensure workers have living wage, high-road jobs. Given the Fund’s mission—to advance economic solutions that are equitable, diverse, and low-carbon—we’re proud to offer our support.

As coal plants and mines close their doors all around the country, communities in places like Buffalo are experiencing a tremendous amount of economic hurt. In addition to job loss—which in and of itself can devastate a family—they often face plummeting local government budgets, cuts to school budgets, and the loss of critical public services. Through our work at the Just Transition Fund, we see these profound economic impacts every day, from Eastern Kentucky to the Rust Belt to Montana. The communities on the frontlines of the transition away from coal are struggling—some with more success than others—to forge a new path forward.

I grew up in Western New York, about 45 minutes from Buffalo. I know first-hand the state of the economy, and the ups and downs that communities have faced over the years, as industry has come and gone. When SolarCity announced a major new development in 2015, I was hopeful the company could play a role in bolstering the region’s economic future.

The State of New York used $750 million in taxpayer funds to build a state-of-the art solar production facility in Buffalo. Tesla purchased the facility in 2016 and received the benefit of the subsidies. In return for this public support, the highly publicized economic development project—part of Governor Andrew Cuomo’s Buffalo Billion program—made a commitment to create 1,500 high-road jobs, which would provide family-sustaining wages. Training programs, which would help area workers develop the skills needed for jobs in the new economy, were promised. All this in one of the poorest cities in America, where nearly 30% of families living in the immediate vicinity live below the poverty line.

Needless to say, Western New Yorkers were excited. They were counting on these new jobs and tax revenues. But the commitments have not materialized.

Photovoltaic producers in the U.S. should have received a boost from the 2018 tariffs, and the company should be more competitive. But that hasn’t been the reality. Instead, local communities were given projected job estimates and told of economic development impacts that never materialized. These are hard times for workers and families, who are struggling to make ends meet. And it’s exceedingly difficult for communities to hear promises about jobs and a bright future that never comes.

At the Just Transition Fund, we embrace the clean energy sector, and the economic development potential it holds. We’re committed to addressing economic distress in communities affected by the current energy transition, and we’re resigned to help make sure that solutions in these places are low-carbon, taking into account the urgent problem of climate change.

But jobs in the clean energy sector must be high-road, good-paying jobs that can sustain families. All workers, no matter the industry, deserve the right to have good-paying jobs. To this end, we support the workers in Western NY, joining together, to build a just and equitable renewable energy economy.

"But jobs in the clean energy sector must be high-road, good-paying jobs that can sustain families. All workers, no matter the industry, deserve the right to have good-paying jobs."

Heidi Binko is the executive director and co-founder of the Just Transition Fund. She grew up in the town of Fredonia in Western New York.