Beyond Coal: Illinois is Just Getting Started 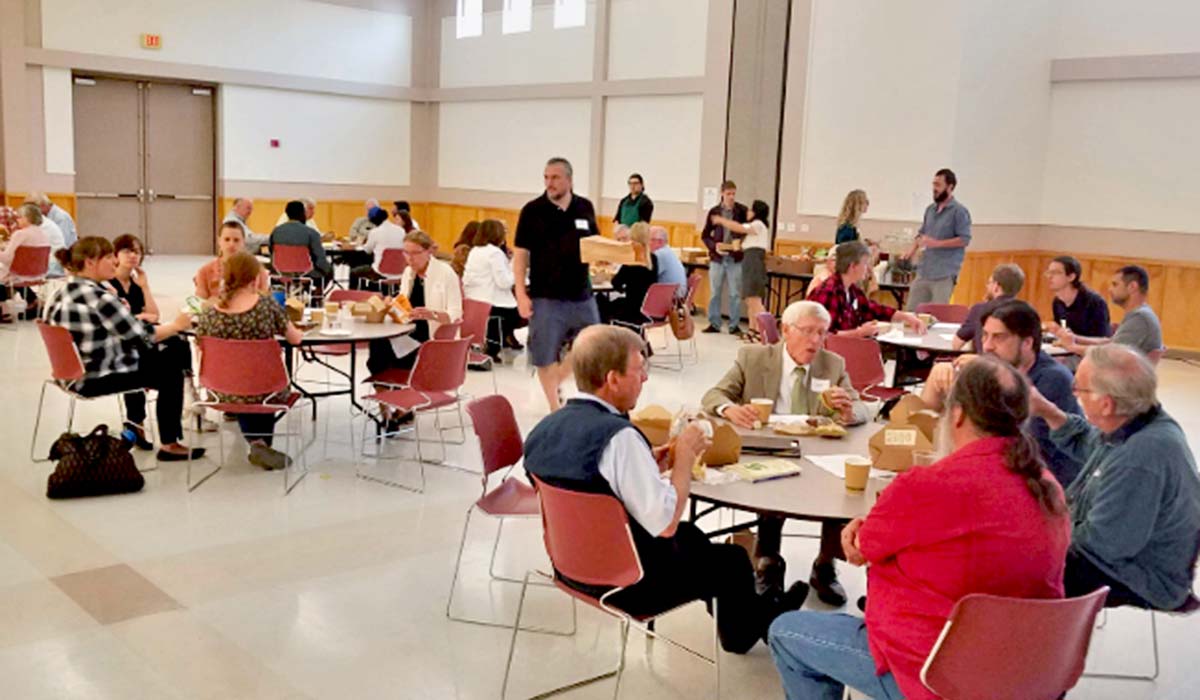 “Rural America will save us all,” according to Tim Michels, Energy Resources Group. Michels made this bold statement at a recent Climate Economy workshop in Carbondale, IL. Sponsored by the Just Transition Fund, the daylong event was designed to get leaders in the region thinking and talking about the future of power generation, economic opportunities, and innovation and what it can mean for our coal-dependent communities.

Illinois has 19 operating coal power plants and 27 active coal mines. Those plants and mines are the primary economic drivers for the surrounding communities, according to Seth Feaster of the Institute for Energy Economics and Financial Analysis (IEEFA). With JTF support, Feaster conducted an analysis of the impact of impending closures on the Illinois Basin.  Feaster reported that coal production has declined about 40% in the Interior Basin since its peak in 2000. Since 2010, nine plants in Illinois have retired, and half of the remaining plants are not running anywhere near full capacity.

Another 10% of plants nationwide will close in the next six years, Feaster reported.

This decline is largely the result of technological changes in both energy generation and the way the energy grid functions  Natural gas and renewable energy sources combine to create a flexible, economically efficient energy portfolio against which large coal plants can’t compete. Favorable renewable energy legislation and a growing number of Illinois communities setting climate goals and taking net zero pledges are tipping the scale even further.

The decline in coal can mean fewer power plant and mining jobs, less tax revenue and royalties, and tough times for communities that depend on coal jobs. But as Michels explained, this can also be good news for rural areas, many of which are already struggling to keep residents, businesses, and a sufficient tax base even with coal.

The key for rural America is to see the potential and see the change as an opportunity rather than a threat.

For example, land that has marginal suitability for crops might be perfect for a wind-turbine or solar array, and renewable energy companies can provide landowners with a stable income source by signing long term leases for the use of the land. With some forethought, communities can design permits and ordinances so they generate continual lease or tax revenue, rather than just a one-time permit fee, ensuring that renewable energy also provides a steady tax base for counties and rural towns. Steady revenue from renewables can allow communities to rethink their downtown spaces, tackle other community goals, and envision what could be.

Programs to help communities make transitions from coal economies to more diversified, resilient, locally focused economies are available from USDA Rural Development, the Illinois Department of Commerce and Economic Opportunity, and the Just Transition Fund. They provide loans and/or grants to small communities for planning and workforce development and to support good ideas. The University of Illinois Extension Community and Economic Development team has educators around the state who can facilitate planning processes, help communities build creative economies, and provide shop local and downtown redevelopment training programs.

The US EPA just announced the Affordable Clean Energy Plan, which gives states more authority to set emissions standards and is largely seen as an attempt to help coal plants stay profitable for longer. This might be a short-term reprieve, but will it be enough to make coal competitive for the long term? And with support available right now for diversification and workforce development and to help communities transition, now is a good time to try something a little different.

Change is frightening. And it is tough for small communities who are short on people and resources, but what’s the worst that can happen if we start having a conversation about change and the future?

If your community is interested in learning more, check out the Climate Economy’s upcoming events and sign up for the Local Government Education webinars hosted by Illinois Extension. This fall, the webinar series will cover Illinois’ energy future.