Building Jobs and Opportunity in the Mountain State 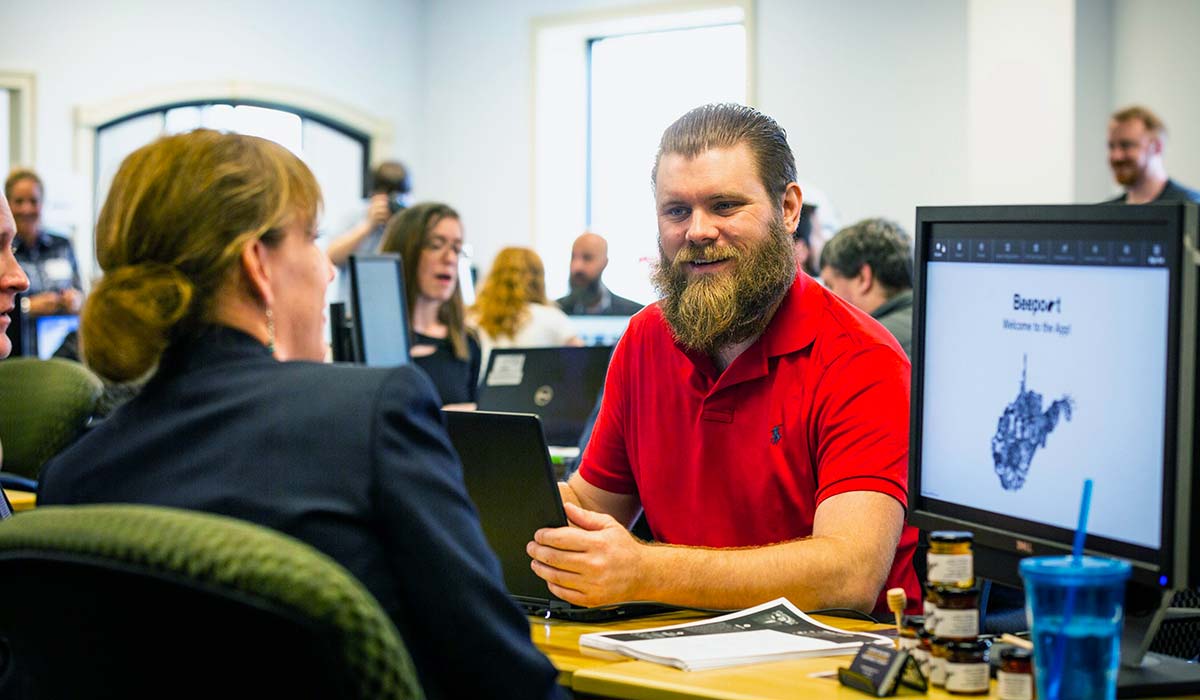 It’s easy to get sucked into the national story about West Virginia. Major media outlets simplify the narrative, focusing on our state’s challenges—high overdose rates, generational poverty, and economic stagnation. These challenges are all real and devastating, but the reality is more complex than any headline. The reality for West Virginia also includes a lot of people, sometimes with really limited resources, building innovative solutions to the challenges affecting their neighborhoods and communities. The reality we see in West Virginia is a lot more hopeful than the media portrays.

At Generation West Virginia, we focus on attracting and retaining young people in the Mountain State. Right now, as a state of only 1.8 million residents, census data shows that about 30 people leave every day. They take their tax dollars with them and their valuable skills, leaving many local employers struggling to find qualified talent in state. Most importantly, population decline limits our communities’ capacity to come together and solve our challenges ourselves. It’s hard to have people power without people.

At times, the situation may appear bleak, but it’s far from hopeless. In fact, we’ve never felt more hopeful that West Virginia can transition toward a human-centered economy. The people who choose West Virginia are committed to building the solutions we need, and we’re committed to supporting them. Our job is to give young people reasons to stay, or reasons to choose West Virginia for the first time, and to act as facilitators and connectors as they build new economies that work for everyone.

How did we get here?

Let’s back up. You might be wondering why West Virginia loses 30 people a day. The answer is—and you guessed it!—complicated.

For generations, extractive industries have extracted more than West Virginia’s physical resources—they have also extracted wealth from our communities. In 2010, the vast majority of coal production came from mines controlled by out-of-state companies. Less than 10% of production was owned by West Virginia proprietors or companies. So, even during the industry’s “boom,” that fact limited the sustainable economic growth in the Mountain State.

As energy demand has diversified, the global demand for coal has dropped. The coal industry has been in decline for decades, but that decline intensified during the last 10 years. This led to a loss not only of coal jobs that have been critical for our state but also a loss of jobs in downstream industries like manufacturing. These trends have led to population loss, which has caused further economic depression, causing more population loss, which led us here.

Where are we now?

How do we convince people to stay when the odds are stacked against them? How do we support the people who don’t have the option to leave? We start with jobs. But not just any jobs. We prioritize building career pathways in industries that pay well and have room for growth.

We launched the Impact Fellowship in 2017 to bridge the gap between local employers and the talent they need to stay and thrive in West Virginia. We continue to hear from young people that they can’t find high-quality careers in West Virginia, while employers tell us they can’t find high-quality candidates to fill open positions. We started the Fellowship to connect the dots, and most importantly, to connect people to opportunity. Through the first three cohorts, we’ve created 33 new jobs across West Virginia in diverse sectors like healthcare, engineering, technology, and community development.

Through the Fellowship, we saw an overwhelming demand for software developers in West Virginia. We heard from tech companies that they wanted to grow in WV, but were limited by lack of talent. We realized that while the Fellowship model was working, we needed to expand it. That meant applying what we had learned specifically to software development. Doing so allows us to continue to remove barriers to economic opportunity for young West Virginians.

We founded NewForce in January 2019 in response to this demand, working in partnership with Mountwest Community and Technical College, the West Virginia Community and Technical College System, and in-state technology employers. NewForce is a six-month, immersive software development training program based in Huntington, WV. We use a proven, employer-driven curriculum from Nashville Software School to make sure students graduate with in-demand software development skills. We build partnerships with tech employers who have open in-state software development positions. We coordinate interviews between these tech employers and students at the culminating Demo Day. Our first cohort graduated on July 15. Twelve West Virginia-based tech employers from across the state participated, and 70 interviews took place on one day. We’re currently supporting the graduates as they go through the job application process.

The problems facing our state are complex, and the solutions have to be equally complex. The more we do this work, the more we are reminded that even job creation isn’t a silver bullet. There is no silver bullet--and there will never be—to the just economic transition needed to attract and retain young people in the Mountain State.

We’ve learned that a career alone, no matter how fulfilling, isn’t enough to root someone in a place for the long haul. For people to stay, they need not only to be able to succeed here but also to feel like they belong here. We’re seeing this first hand through our network of local Generations across the state. These groups are made up of thousands of young people who are working to redefine and build thriving communities and also are providing critical peer networks to counter the isolation that young people too often feel in rural areas. We’re seeing the importance of connection through our first cohort of NewForce students, too. While each graduated with new skills in high-demand technologies, we didn’t expect that one of the most important things the students took away from the program had nothing to do with code. NewForce created a community of mutual support.

We were deliberate about building a classroom environment where everyone felt heard and valued. We prioritized collaboration over competition. We watched the students as they helped each other, took care of each other, and supported each other through the incredibly steep learning curve. We’re learning that a good career doesn’t necessarily equate to a fulfilled life. A good career and a community where you can show up as your whole self gets us a lot closer.

We’re committed to building out a mutual support network for NewForce alumni so they can continue to show up for each other, think critically about their careers and the systems they operate in, and work together to be a part of modeling and building the kind of tech economy they want to see in their home state. A just transition toward a human-centered economy requires a deep emphasis on human connection and human scale.

Rather than investing in any one industry, or any single strategy for job creation or placement, we are investing in people. And now, through our people-centered programs and networks, we are seeing that investment pay off. We are seeing West Virginians transition their careers and lives. And in doing so, they are reinforcing resiliency in their communities and in their families and inspiring more West Virginians to do the same.

Change is messy, and difficult, and slow. This work is not for those who have short attention spans, and we’re in it for the long haul. We don’t have all the answers. But rest assured that we are betting on West Virginians who are working every day to lead the way, to innovate, and to reimagine what a just economy and just communities look like here in the Mountain State. In fact, we’ve never believed in the people of West Virginia more than we do now.

Natalie Roper of Generation West Virginia discusses lessons learned on what it takes to build career pathways in emerging economies in West Virginia.