Germany’s Coal Commission – An Institutional Approach to Phase-out of Coal? 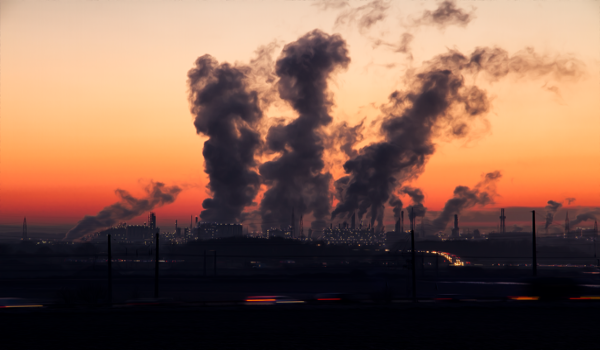 The international community is gathered at the COP 24 in Katowice, a coal mining city in Poland, to negotiate solutions and actions which urgently have to be taken to fight climate change. One of the leading discussions at this year’s COP is the transformation away from coal, as burning coal produces high amounts of CO2 which cause climate change. In this regard, hosting city Katowice is only an example for many coal communities around the globe which face the challenge to reinvent themselves and work towards a just transition.

This is also true for Germany, as the biggest EU country it has a strong tradition of coal industry, and still produces around 40 percent of its electricity by coal. To reach its goal of becoming largely greenhouse gas-neutral by mid-century, Germany has to exit its coal-fired power generation, which is the single-largest source of carbon emissions. But a process towards phasing-out of coal has not been seen so far. This is why, in June 2018, the German government launched the “Commission on Growth, Structural Economic Change and Employment”, better known as the “Coal Commission.” The Commission a task force to create a roadmap for an economic transition for coal regions, including an end date for coal mining and coal-fired power production.

Members of the commission

The 31 members of the commission are a diverse group of experts representing labor unions, utilities, industry associations, coal companies, renewable energy industry, policy makers, environmental NGOs and activists, climate scientists, and energy experts. Some of the stakeholders specifically represent the coal regions and their interests which are located in the states Brandenburg, Saxony, Saxony-Anhalt, and North Rhine-Westphalia. The aim of the selection of the commission’s members was to represent all aspects and interests with regard to phasing-out coal, and have them sit together at one table.

"The aim of the selection of the commission’s members was to represent all aspects and interests with regard to phasing-out coal, and have them sit together at one table."

From the beginning on, everyone involved was aware that this process would not be easy, and a solution could only be drafted by finding consensus. Since its launch, the commission has held meetings once per month to discuss the social and economic implications of the coal exit as well as implications for the energy system and scenarios to achieve the climate targets.

Recommendations by the commission

At the end of October, the commission published a first report on structural development, which outlines some “future visions” for coal regions. The report describes the aim to transform mining regions into “innovation regions.” To achieve a transition in regions such as Lusatia, their digital and transport infrastructure needs to be improved, and they need better connections to the surrounding metropolitan areas. Further on, the conditions to allow the creation of technology start-ups and innovation need to be improved. This could be done by fostering and placing research institutes in such regions. The existing infrastructure of the coal industry should be used for a future energy system, onshore wind and solar power both have big potential. A campus for low-carbon technologies for energy-intensive industries could be established in coal regions to become part of the solution, create new jobs, and foster innovation and new industries.

First, the commission was supposed to present its final results and recommendations for a phase-out of coal at the COP 24 in Katowice. But due to difficult discussions and the veto by the coal region representatives, the commission decided to extend its work and set up a working group to prepare a detailed proposal about how to support the lignite mining regions. The main concern of the coal regions is the financial funding to support their structural change. They say, that instead of the 1.5 billion euros the German government had proposed, they would need 60 billion euros to deal with the economic consequences of the coal exit. Now, the final report of the commission is expected by end of February 2019, and will need to prove if the coal commission succeeded to draft a roadmap to phase-out of coal and create a just transition for coal communities.