The Importance of Having Workers at the Table 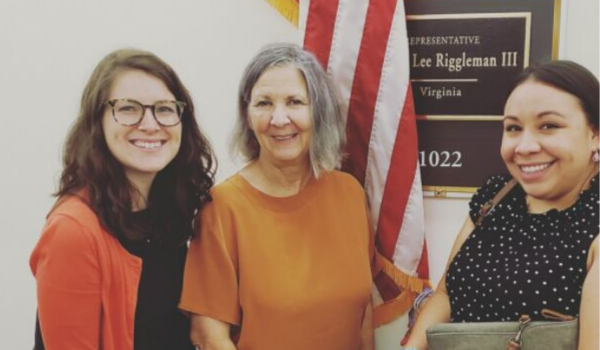 As the reality of climate change becomes more and more tangible—and calls for action grow louder and more urgent—it is crucial not to solve one problem by creating another. As we address climate change, our nation’s economy will shift, becoming increasingly centered on cleaner, cheaper energy sources. We know this shift has the potential to create and sustain good jobs. But we also know this shift will put the workers and communities who have long been dedicated to keeping America’s lights on in a vulnerable position. To ensure nobody is left behind by the clean economy, labor’s voice must be heard.

For generations, coal-dependent areas—whether in Appalachia or surrounding coal-based energy generation plants—have built their economies around coal, not only for the employment of their citizens, but for the revenue that supports their schools, infrastructure, and small businesses. As demand for coal decreases, these communities face scary and uncertain prospects. But if we handle this transition the right way—and put workers first and invest in communities—we can build a prosperous, just future for these Americans.

There are several things that must happen to make that future a reality.

First and most crucially, workers must have a seat at the table during conversations about this transition.

Second, we must enact smart policies and make smart investments at the national level to ensure these communities aren’t left behind.

‍This means ensuring guaranteed pensions and a bridge of wage support, healthcare, and retirement security for affected workers while they try to find new employment or approach retirement. It also means committing to massive economic investment in deindustrialized areas, including addressing any loss of tax base for affected communities.

The RECLAIM Act, which is currently moving through Congress, is an example of movement in the right direction. RECLAIM supports the reclamation of abandoned mines, freeing up that land for new development opportunities in agriculture, recreational tourism, retail, and even clean energy production. Not only would coal communities get their land back, but these revitalization efforts have been proven to provide new economic and job opportunities. RECLAIM would bring new industries to areas that are seeking to diversify and strengthen their economies. It would help protect those communities from the impact of a changing economic landscape while reclaiming their natural landscape.

And finally, as these new jobs and industries are growing, policymakers and stakeholders at all levels must make certain that the jobs of the clean economy are high-quality, family-sustaining jobs. There is no reason communities should ever have to choose between a clean environment and an economy that provides residents opportunities to earn a family-sustaining wage.

We must not let affected workers and communities be an afterthought in our efforts to address climate change.

Jessica Eckdish works on climate and energy issues as the Legislative Director for the BlueGreen Alliance in Washington, DC.