In Wyoming, a Potential Rural Template for a Revenue-Producing Solar Industry 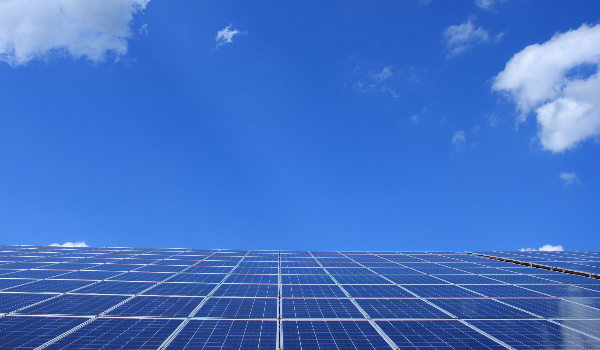 A new solar photovoltaic project in southwest Wyoming that has drawn scant attention outside the area may end up being a harbinger of regional economic development to come.

The 638-acre project, the first utility-scale solar project in the state, will sit on a vacant section of Bureau of Land Management land in Sweetwater County. Managers expect construction to commence this year and anticipate that the project will come online by the end of 2019.

The Sweetwater LLC solar-voltaic farm will straddle State Highway 371 about 10 miles outside the town of Green River and feed into the regional electric grid via an overhead line to a power substation 2.5 miles away. Project financing is tied to a Rocky Mountain Power 30-year power purchase agreement, or PPA, a standard supplier-user arrangement in the utility industry.

The fact that a major utility is involved is significant. Rocky Mountain Power is no small player, with 1.1 million customers in three states (Colorado, Utah and Wyoming). The Sweetwater facility will have a capacity of 80 megawatts, enough electricity power 12,000 homes for a year.

The project is remarkably void of controversy. The county commission signed off on it in May, the BLM is on board, and public sentiment is favorable. Granted, developers have had to jump through many regulatory hoops, including expansive federal ones. ( An exhaustive document file published on the county’s website amounts to a terrific primer on the reviews required of such projects and includes maps, permit conditions, photo simulations and maintenance-compliance rules.)

That overview also specifies some of the likely local benefits:

-Knock-on local effects that include $6.4 in spending on construction materials, $15.9 million in assorted payroll and per diem outlays, $2.4 in related employee spending.

A project of this size in and of itself does not suggest anything resembling a groundswell event for Sweetwater County, which in fact is doing relatively well already. Its population is stable, according to Census Bureau data, which put Sweetwater County’s total headcount at 43,806 in April 2010 and 43,544 in July 2017. By comparison, many parts of Wyoming are losing residents, especially from communities dependent on the declining coal industry in the Powder River Basin in the eastern part of the state. The most recent census data has median household income in Sweetwater County at $68,233; statewide it is $59,882.

That said, there is room for diversification in Sweetwater County, where the economy is heavily reliant on extractive industries that include mineral excavation, coal mining and oil drilling.

The Sweetwater solar project suggests an opening on this front—and a potential model for communities elsewhere in economic transition—largely because of rapid technological advancements that in just the past few years have made solar-generated electricity cheaper and exponentially more viable than it used to be.

“Traditionally, places like Wyoming were too far north for utility-scale solar,”

"Traditionally, places like Wyoming were too far north for utility-scale solar," said Betsey Biesty, director of permitting for the project owner, 174 Power Global, the American solar development arm of Hanwha Group, a South Korean conglomerate. Hanwha has several larger U.S. projects operated by 174 Power Global that include a 2,300-acre solar farm outside Boulder City, Nevada, and a 1,500-acre array near Midland, Texas.

Such projects are not hard sells, mostly because of the public revenue they generate and in part because their environmental footprints are so light.

While projected local annual property tax revenues will total over $500,000 annually, the Sweetwater project is not seen as a fiscal game-changer to the county, which this year has a budget of $397 million. But the impacts will not be insignificant. A breakdown projection by recipient publicly funded services is revealing: Almost $9 million for K-12 education, $1.4 million for community-college programs, $3 million for the county’s general spending, $141,000 for “weed and pest control,” and so on.

Part of the solar farm’s potential lies in the fast-evolving modernization of the industry, which is developing battery-story technologies that will allow utility-scale solar projects to provide core grid electricity even when the sun does not shine.

Biesty said she is hopeful that the project will pave the way for more in the area.

“If it all goes well, we see a lot more interest in building out solar there,” she said.

“If it all goes well, we see a lot more interest in building out solar there,” she said.